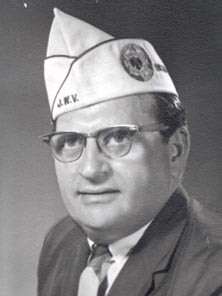 Michael, born in Russia, immigrated to the United States in the 1920's. His family settled in Albany, New York. As a teenager, Mike sold newspapers and worked for a manufacturing company learning upholstering. In 1930, Mike married Rose Nonkin. They had two children, Marvin, and daughter Bobby. They lived in Newark, New Jersey and Mike opened a furniture store in 1944. He was called into the Army and was honorably discharged. In 1947, Mike and family moved to Miami Florida opened a furniture and upholstery store with brother-in-laws. Mike, known as "Pop,” was loved and enjoyed by six grandchildren and seven great-grandchildren. They enjoyed climbing trees, hide-and-seek, eating with him and walking. Pop was an all-around gentleman and had many friends. He was a cigar smoker, and enjoyed Pinochle. He was always willing to help and was a hard worker. He will be missed, and thought of often.