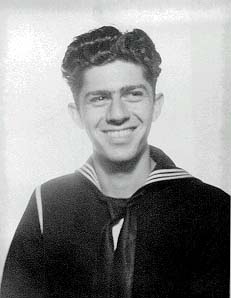 Jerry Brett was born and grew up on 78th Street in Brooklyn, NY. The family moved to Willimantic, CT, a town on the outskirts of the University of CT, when he was in high school. Upon graduation, Jerry enlisted in the Navy and after basic training in NY and radio school he was sent to CA and Camp Pendleton where he was attached to a Marine detachment which soon left for Cebu City in the Philippines. This marine division was the first wave in the battle of Leyte Gulf in October of 1944. This battle, described as the last great naval battle of WWII is remembered as the biggest naval battle ever fought anywhere. When he returned home, he married the girl from the University of CT he had met his last time home on leave. Jerry’s natural love of people and friendly nature took him into the field of sales where he eventually became a manufacturer’s rep for several office furniture manufacturers and opened his sales office in Hartford, CT. He and his wife had 2 sons. When Jerry died of a very sudden heart attack, he left his wife of 49 years, two sons and their families with 7 grandchildren.