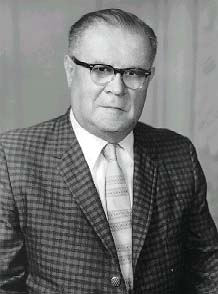 Joseph Barr, 1954-1955. A veteran of the United States Army in the First World War, Barr's term as National Commander followed many years of dedication to the Jewish War Veterans, including serving as a National Judge Advocate from 1934-1945 and on the National Commmittee of Observance of Veteran's Day. The level of Barr's participation in the Jewish War Veterans over many years earned him the honor of having the longest continuity of service as an elected member. Barr was also active in the greater American Jewish community serving as an elected member of the Executive Committee of the National Jewish Community Relations Advisory Council.