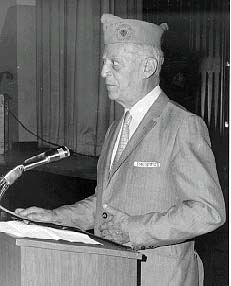 Harry Schaffer, 1936-1938. Schaffer was dedicated to increasing membership and the number of JWV Posts in the United States. PNC Schaffer was instrumental in founding posts in the Chicago and Indianapolis areas. Schaffer also served JWV as Chair of the Olympics Committee.