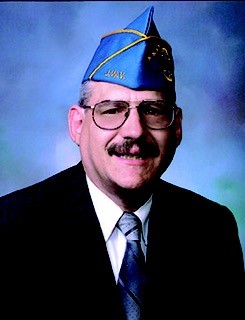 Paul Bernstein was born in Manhattan, New York to Sara and Sol Bernstein and was married to PNP Elaine Messer Bernstein, and was the father of Megan, Michael, Alissa and Hope. He was the proud grandfather to Britney and Emily and brother to Eileen, Rita and Barry. He joined the Army Engineers in 1960 and went to Construction School at Fort Belvoir, VA. Paul was selected to serve in a unit that surveyed bridges in France to determine the strength and capacity of bridge crossings in the event that the Seven Army would have to cross the Rhine River back to France. He was also a member of a select team of Engineers that developed plans for our Forces’ future involvement during the early days of the Vietnam War. Paul graduated the City College of New York with a BCE and New Jersey Institute of Technology with a Master’s of Science in Civil Engineering. He was also in the Doctor of Engineering Program at NJIT, and was a member of the American Society of Military Engineers. Paul was a licensed Professional Engineer in the States of New York and New Jersey and a Professional Planner in N.J. For many years, he was a consultant for the Port Authority of New York and New Jersey at Newark Liberty International Airport until he retired in 2007. Paul joined the Jewish War Veterans in 1973 and became Post Commander of Post 550 in 1976. In 1984, he became Bronx County Commander. Paul worked in the Department of New York as its Vietnam Chairman and Adjutant and in 1999 Paul became the Commander of the Department of New York. From 1987 to 1991, and from 1994 to 1995, he was the National Executive Committeeman. Since 1997 Paul has been active in National. He served on the NEC Rules Committee, National Convention Committee, and Board of Directors at Large for the NMAJMH, and since 2001, he was the National Inspector. In 2003 Paul became National Commander. In 2007, he became the National Editor of The Jewish Veteran, a title he proudly held until his passing. He was the Executive Director of the Department of NY.