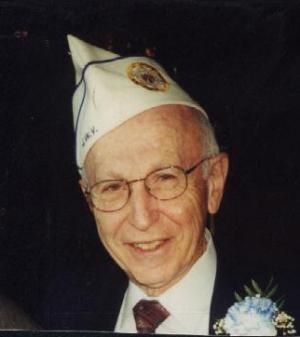 Past Department of New York Commander Art Schroeder was born and raised on New York's Lower East Side, when Second Avenue below 14th Street was known as the Yiddish Rialto". Aft was drafted into the U.S. Navy in October of 1944. After boot camp (Sampson NY) and Sonar School (Key West, FL) he served as Sonarman 3rd Class in the Pacific. He was discharged in August of 1946. Following the war, PDC Schroeder received a Bachelor of Science degree from Long Island University under the GI bill. Art joined JWV in 1986 and went through the ranks in the Lipman-Erlanger Post 756, New City, NY and the Rockland/Orange District Council as well as the Department ranks and on the National Executive Committee. Art and his bride Lucille have two children, Beth and Mitchell and a granddaughter, Savannah Rae. He retired in 1989 from Newsweek Magazine's Information Systems division in Applications Management.