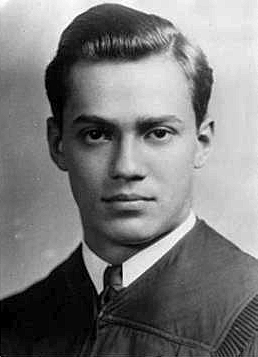 Alexander Adler was inducted into the U.S. Army August 22, 1942. He served in the Army Medical Corps at Walter Reed Army Medical Center, Washington, DC; the Armored Medical Research Laboratory at Ft. Knox, KY; the Respiratory Diseases Commission Lab at Fort Bragg, NC and at the Virus & Rickettsial Lab at the Army Medical Center in Washington, DC. Because of his pre-med curriculum in college and research lab experience at NIH, the Army decided not to prepare Pvt. Adler for battle overseas, but to use his knowledge and skills in another battlefield-- the battle in the research laboratories in the desperate search for effective treatments for the tropical diseases that were ravaging our military in the Pacific and North African theatres. These diseases, in a real sense, were considered just as much a threat as the actual enemy. For example, malaria caused the deaths of 60,000 US troops and more than half a million fell ill. In the course of his work at Fort Bragg, he contracted Q Fever, a bacterial disease causing a severe pneumonia for which he was hospitalized. On the grounds of the Jewish Community Center of Greater Washington, located in Rockville, MD, stands a sculpture, for which he underwrote its creation, to pay tribute and honor all American Jewish service men and women who served in the Nation's military since its inception. The sculpture was dedicated on Veterans Day, 2008.