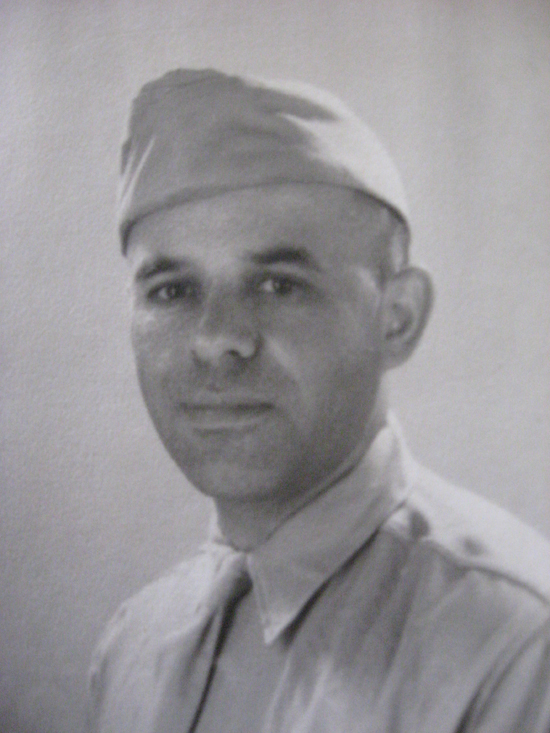 Mr. Greenbaum was drafted into the military at age 35 (the oldest taken) on December 21, 1942. He served in the Army Air Corps as a corporal until honorably discharged on October 26, 1945. During his service he was in India, flew over “the hump”, and was stationed in Kunming, China where his official title was Supply Technician. Unofficially he was assistant to the Jewish chaplain, Rabbi Alvin Fine. Because of his background, experience, interest, and beautiful voice he led High Holiday services, conducted seders, and even once officiated at a funeral. Some thirty years after the war, he was reunited with the real Chaplain’s Assistant when his daughter, in an odd coincidence, met the daughter of that man.