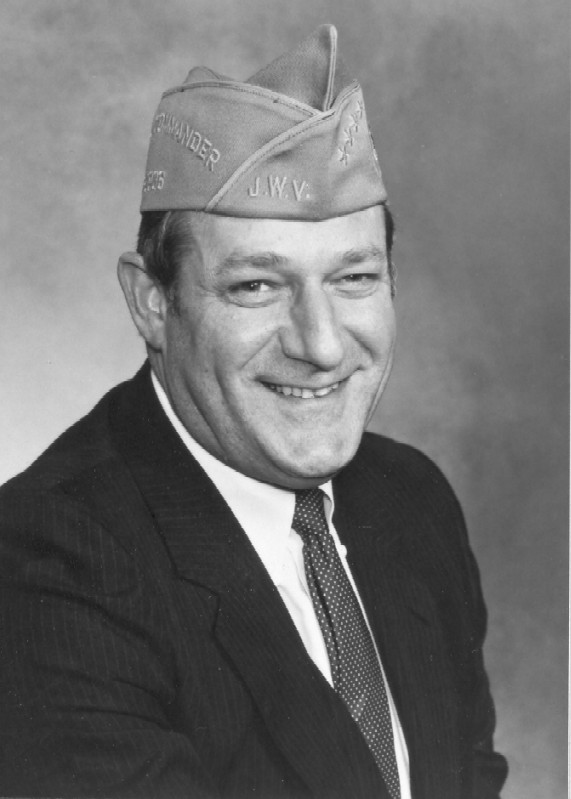 PNC Harvey S. Friedman, who served as National Commander of the Jewish War Veterans of the USA from 1985-86 and as President of the National Museum of American Jewish Military History from 1998-99, was born in 1938 in Irvington, NJ. He died on October 11, 2005, at the Jersey Shore University Medical Center, in Neptune, NJ. A graduate of Seton Hall University, Mr. Friedman was a salesman for Telautographic Omnifax in Clifton before retiring. A Navy veteran of the 1958 Lebanon conflict, he was a member of the Jewish War Veterans Elin-Unger Post 273. As National Commander, he traveled the world representing the JWV during its 90th anniversary. He met with President Reagan, Secretary of State George Schultz, and Israeli Prime Minister Yitzhak Shamir during his travels on behalf of the JWV. In addition to his term as National Commander, he served the organization in many other capacities, including National Action Chairman and National Budget Chairman. Two weeks after the conclusion of Operation Desert Storm, PNC Friedman led an Allied Veterans Mission to Israel in a fact-finding mission to counter the negative publicity Israel had received in this country. PMC Friedman was honored as JWV Man of the Year by the Elin-Unger Post, The JWV Department of New Jersey, and the Essex County Council. In addition to his work for the JWV and the NMAJMH, he has served as a member of the Allied Council of New Jersey Veterans Organizations, the Governor’s Task Force to help Vietnam veterans adjust to civilian life, and the Liberty Park Monument Committee, which erected a statue by Nathan Rappaport in Liberty Park commemorating the liberation of Nazi-occupied Europe by the Allies. In addition to his wife, Sandi, he is survived by three sons, Stephen, Michael, and Brian, a brother, a sister, and five grandchildren.